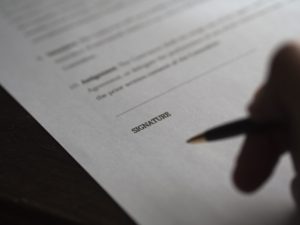 ARE CERTAIN QUESTIONS OFF-LIMITS DURING A JOB INTERVIEW?

Yes. According to state and federal laws, prospective employers generally must limit their inquiries to topics that explore your qualifications for the job. Any questions that probe for personal information that can be used to discriminate against you are no-nos. Not that it stops some prospective employers from trying to decipher the information more indirectly. A seemingly friendly question about your name ("Gee, Kotzamani, that's interesting. Where's your family from?") is not so friendly if the interviewer is really trying to scope out your race or nationality.

The specific topics you cannot be asked about in a job interview include:

Which is not to say that every friendly question is a veiled attempt at discrimination. Potential employers are allowed to inquire whether you're married and the ages of your children - so long as they ask every potential employee the same thing - and don't base their hiring decisions on the answer. If, however, only female job candidates are being asked their marital status, and if the company is not hiring any candidates with children under age five, then what is a totally legal question may be suspect. (Once you are hired, an employer may have a legitimate business reason for asking your marital status, since it may be relevant to the tax deductions taken from your paycheck or to your health insurance coverage.)

You can often judge whether a potential employer is prying improperly by the manner in which the questions are stated. If, for instance, you mention you are divorced and then the interviewer asks you to elaborate on the details of when and why it occurred, those questions may suggest a discriminatory motive.

If you believe you have been discriminated against, you can register a complaint with the company's human resource department or you can pursue a lawsuit.

WHAT INFORMATION IS A FORMER (OR CURRENT) EMPLOYER ALLOWED TO PROVIDE?

Potential employers are free to ask for and check your references, but your previous employers can't say just anything. The laws vary from state to state, but the same issues that are off-limits in a job interview (such as age, race, medical condition, credit history, and sexual preference) are off-limits in a discussion with your former employer. The purpose for this restriction is to prevent an employer (or potential employer) from snooping out information that can be used to discriminate against you.

Generally, an employer or former employer can release information about your:

Which is not to say that your former (or current) boss can't give a candid assessment of your performance. If, for instance, you were fired because you stole money from the company, your former boss can say so. He or she just better be able to back it up.

Many companies now ask departing workers to sign a release allowing them to provide personal information to potential employers. However, an employer is not required to have a release before giving out information about you. Also, your signature on such a form (no matter how it's worded) does not give your former boss carte blanche to say just anything about you. If a former employer gives out damaging or untruthful information about you, you may still have the grounds for a lawsuit even if you signed a release form.

An employer who is giving out false information about you can be sued for defamation or invasion of privacy. To prevent getting entangled in such lawsuits, some companies now will only respond to written inquiries, and the only information they will provide are your dates of employment and job title. However, an employer who fails to disclose completely the reasons why a job candidate should not be hired, could be sued by the new employer for giving a false or incomplete reference.

Note: In some instances where an employer fires a worker for a reason that cannot be substantiated, the worker may be able to succeed in a defamation suit, if he or she was forced to tell prospective employers the presumably false reason for leaving the previous job. For example, several insurance company workers were fired for "gross insubordination" when their expense forms were challenged after a business trip. The employees refused to change the forms, claiming they were accurate. When they interviewed for new jobs, they had to repeat the former employer's allegations, and they claimed this constituted defamation. A jury agreed and awarded them roughly $450,000, which was upheld on appeal.

CAN A PROSPECTIVE EMPLOYER DO A BACKGROUND CHECK?

Yes. However, the courts in all states have recognized that people have a right to privacy, so a prospective employer probably shouldn't be snooping into your personal life and asking about things that don't have to do with the position. Also, according to the Fair Credit Reporting Act, the employer cannot order a credit history without your permission. But if you are denied a job because of information received from a credit reporting agency, the employer must give you the name and address of the agency that made the report.

Yes, so long as the employer has a legitimate business reason to give them and so long as all applicants for a similar position are required to take them. There are limits, however. The Americans with Disabilities Act prohibits pre-employment medical examinations, and some states have restricted the use of psychological tests. (The Americans with Disabilities Act also prohibits psychological tests if they are being given for medical purposes.) And many states only allow an employer to take fingerprints or photographs if the applicant will be working in the following positions:

You usually must be offered the job before the photographs and fingerprints can be taken.

The Federal Polygraph Protection Act of 1988 allows the use of lie-detector tests to the people who will be working in the following positions:

CAN A PROSPECTIVE EMPLOYER CONDUCT A TEST WITHOUT THE APPLICANT'S KNOWLEDGE?

The law on testing varies from state to state, but generally it's a good business practice for an employer to inform you of a test's purpose. Most states allow prospective employers to test for drug use, and some require that you be informed beforehand. An employer can reject an applicant who tests positive for current drug use.

Federal law does allow an employer to ask you to take an AIDS test, but only after you have been offered a job. And then the employer is restricted in what he or she can do with the information. The job offer cannot be rescinded unless the employer can prove that there is a legitimate basis for requiring you to be HIV-negative. And in some states, you must give written permission before the test can be given. 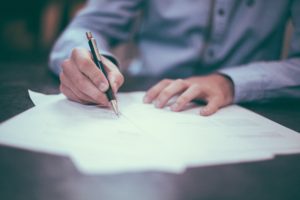 What steps are required to begin obtaining background checks from Hire Resources?

Contact Hire Resources at 888-507-4473 to discuss what your company requires. We can answer your questions about pricing and provide forms and/or information on how to proceed.

What is the turnaround time?

Typically, turnaround time is one to three business days.

What are my options for transmitting a request and obtaining reports?

Most of our clients prefer to use the online system because of its ease-of-use but you may fax or email requests if you prefer. You may receive the reports by using our online system, fax or email.

Can we request services for tenants, caregivers, or for purposes other than employment?

No. Hire Resources provides consumer reports under all state and federal regulations, and cannot provide this information for any purpose other than employment.

How long has Hire Resources been providing screening services?

Searches may be performed on any applicant who has lived or worked in the United States.

Do you offer international checks?

Indeed we do! Specifics about each country can be given upon request.

Is it legal to request your services for employment purposes?

Yes. The applicant's signature is required on a release form that is obtained by contacting 888-507-4473.

Is the information you provide obtained through databases?

Credit bureaus provide credit reports through databases, as do companies that provide driving history (MVR reports). When it comes to criminal searches, though, best practice is to search directly through the county courts rather than utilizing private databases which do not offer current and comprehensive information that the courts do. For this reason, Hire Resources goes directly to the courts unless there is a reason to not do so.

Does your company need the authorization from my applicants to check their background?

Is it always necessary that applicants sign a release form, authorizing a background screening?

Whenever a consumer reporting agency provides a screening on behalf of a client, the Fair Credit Reporting Act requires that a release form be signed by the applicant. Please see our Compliance Page for more information on FCRA.